He appears like Naradamuni as in Purans in that apparel. 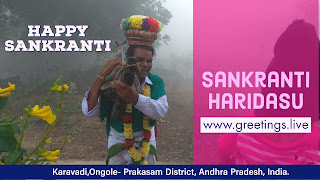 Haridasus dress in a very unique approach with a big bowl on his head known as akshaya patra and holding musical instrument known as Tambura wearing a dhoti.

Haridasu goes from house to house and ask for bhiksha. 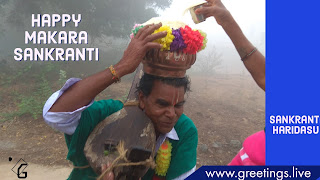 Haridasu says
"Krishnarpanam" when he receives offerings from people. Usually Haridasus take up diksha which lasts one month from Dhanurmaasam to Bhogi. This tradition is called Bhakti Sampradayam. 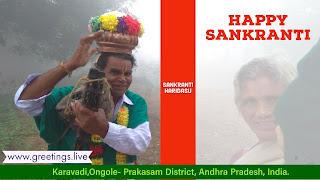 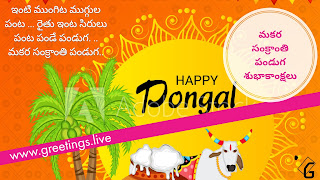 Happy Makara Sankranti wishes 2018 To All from Team Greetings.Live